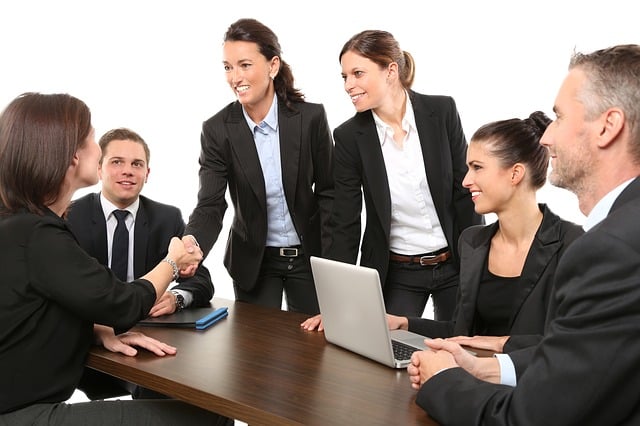 Business leaders make decidions each day on a range of issues including things like hiring, firing, compensation, promotions and the work environment. Every one of these decisions impacts your employees and, depending on the outcome, could result in a claim related to wrongful employment practices.

These claims can disrupt business, hurt morale, damage your reputation and lead to serious financial damages. Thankfully, employment practicies liability (EPL) insurance can provide organizations with protection from the above risks. Specifically, EPL insurance provides the following to policyholders.

EPL insurance not only protects organization from actual wrongful acts, but alleged acts as well. Specifically, EPL coverage can safeguard an organization from claims related to discrimination, harassment, retaliation and wrongful termination.

Employees suing their employers is common, and orginzations will want to be prepared. This is especially important when you consider that there is no cap on how much a jury can award and that settlements in employment-related cases can easily reach six-figures.

Strong EPL policies provide the insured with access to legal resouces. This can prove invaluable if you need advice quickly.

While employment-related lawsuits can arise at any time, organizations that take the time to implement basic risk controls are better equipped to avoid claims altogether. Many insurance companies provide access to risk management training and human resources consulting. These services can greatly reduce the likelihood that your company is sued by an employee.


Additional protection for your directors and officers.

While directors and officers (D&O) insurance can defend against employment-related lawsuits, dedicated EPL insurance is necessary for many orginzations.Having a policy that provides separate coverage for lawsuits connected to wrongful terminations, discrimination, invasion of privacy and similar employent claims ensures that the limits on your D&O policy aren’t exhuasted unnecessarily.

The U.S. Court of Appeals for the 7th Circuit has ruled that Title VII of the Civil Rights Act (Title VII) prohibits employment discrimination based on sexual orientation. The decision in Hively v. Ivy Tech, issued on April 4, 2017, makes it illegal to use an individual’s sexual orientation as a basis for employment decisions.
The ruling applies to employers with 15 or more employees in Wisconsin, Illinois and Indiana.

The decision is groundbreaking because it overturned prior cases and also conflicts with law from other federal courts. However, it aligns with the Equal Employment Opportunity Commission’s (EEOC) position. This makes review of the issue by the U.S. Supreme Court likely in the future.

Affected employers should review their existing policies to ensure they do not allow discrimination based on sexual orientation or gender identity. Employers should also review any applicable state laws and the EEOC’s enforcement guidance to ensure their policies are compliant.

Title VII is a federal law that prohibits employers with 15 or more employees from discriminating against employees and job applicants on the basis of their race, color, religion, sex or national origin. Since Title VII was enacted in 1964, several federal courts, including the 7th Circuit, have held that the law’s inclusion of the word “sex” means that its protections only extend to traditional notions of gender.

For example, the 7th Circuit’s 1984 decision in Ulane v. Eastern Airlines had held that Title VII only makes it unlawful to discriminate “against women because they are women and against men because they are men.” The U.S. Court of Appeals for the 11th Circuit (which includes Alabama, Florida and Georgia) recently issued a similar holding in its March 2017 decision in Evans v. Georgia Regional Hospital.

Although the U.S. Supreme Court has never specifically addressed whether Title VII prohibits discrimination based on sexual orientation, its decisions in other cases have established that:

In 2013, Kimberly Hively, an openly gay woman who had worked as a part-time adjunct professor, filed a Title VII discrimination charge against her former employer, Ivy Tech Community College. Hively alleged that because she was gay, Ivy Tech had rejected her for six full-time positions and refused to renew her part-time employment contract. She argued that these actions constituted unlawful discrimination based on sex under Title VII.

A district court dismissed her case based on prior federal court interpretations of Title VII’s prohibition against sex discrimination. Hively then appealed to the 7th Circuit, which ruled in her favor on April 4, 2017. Under its comparative analysis, the court concluded that Hively’s claim involved discrimination based on her failure to conform to a heterosexual female stereotype. According to the court, this made Hively’s claim “no different from the claims brought by women who were rejected for jobs in traditionally male workplaces, such as fire departments, construction and policing.”

The 7th Circuit also compared Hively’s claims to cases in which the Supreme Court held that employers may not discriminate against an individual based on the race of his or her associates. Noting that the Supreme Court has held that this type of discrimination affects both partners in an interracial marriage, the 7th Circuit applied the same reasoning to Hively’s situation.

While the 7th Circuit’s decision overturned the court’s prior cases to clarify how the federal law applies in the three states under its jurisdiction, two of those states (Wisconsin and Illinois), along with 20 other states in the United States, have already passed laws outlawing sexual orientation discrimination in employment. In addition, the EEOC, which is responsible for the enforcing Title VII, has taken a position that aligns with the 7th Circuit’s decision since 2015. Specifically, the EEOC already interprets and enforces Title VII’s prohibition against sex discrimination as forbidding any employment discrimination based on sexual orientation or gender identity.

Therefore, employers should be aware that the 7th Circuit’s decision does not necessarily represent a radical shift in the law. Instead, the decision merely reinforces the fact that employers may be penalized for discriminating against individuals based on sexual orientation or gender identity. More information about the EEOC’s enforcement policy is available on the EEOC’s website.

The 7th Circuit’s decision provides additional guidance for employers as well. For example, the court stated that “any discomfort, disapproval or job decision based on the fact that a complainant—woman or man— dresses differently, speaks differently, or dates or marries a same-sex partner, is a reaction purely and simply based on sex.”

Finally, employers should be aware that the 7th Circuit’s decision does not address the meaning of sex discrimination in the context of social or public services, nor in the context of employment related to a religious mission. In addition, the issue addressed in the case may undergo review by the U.S. Supreme Court in the near future. Therefore, employers should continue to watch for legal developments affecting Title VII. 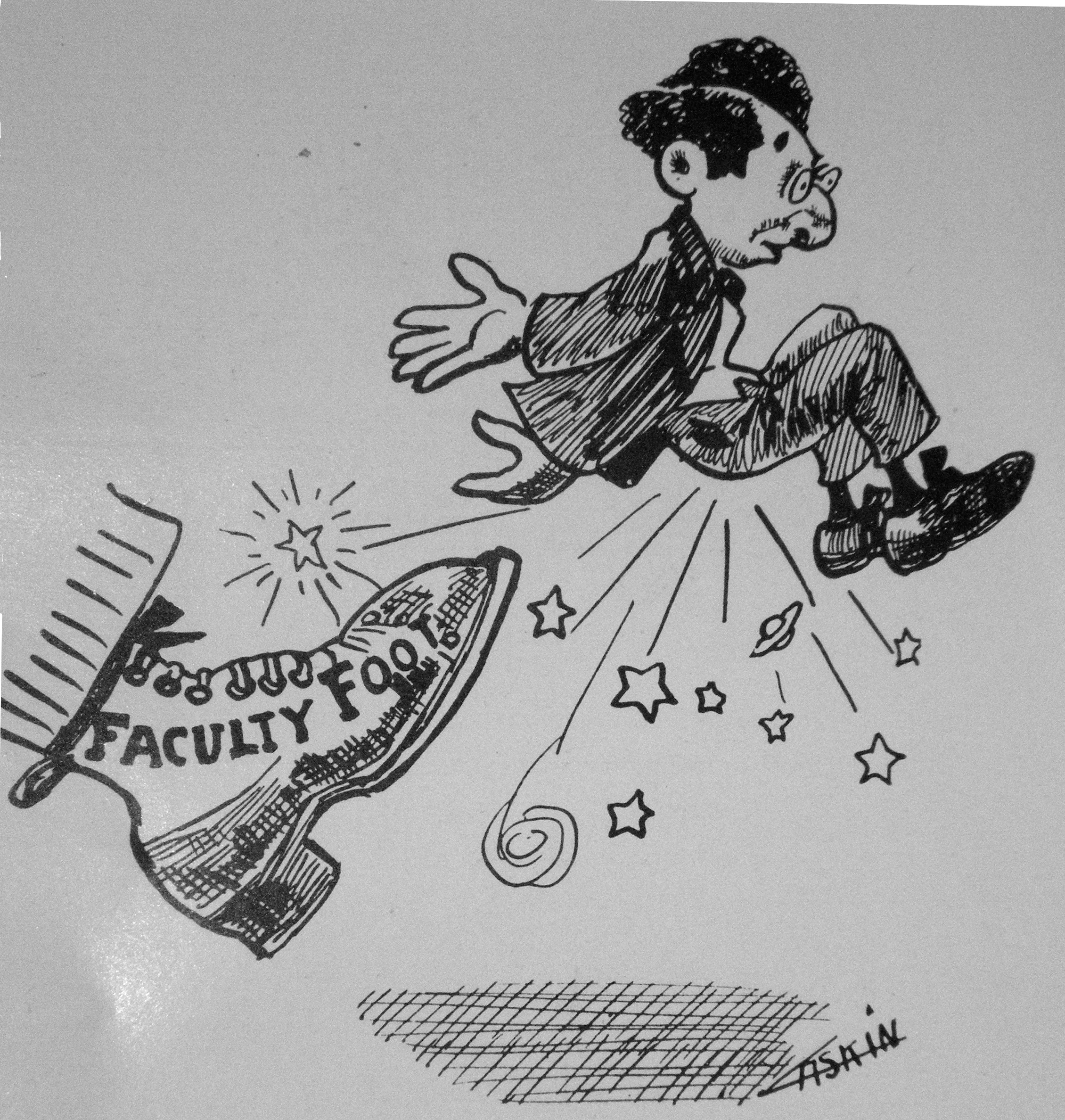 Nearly all business owners carry some type of insurance. However, if you are carrying a standard business liability policy, it may be worth your time to review your policy and determine if you have employment practices liability insurance (EPLI) coverage. Not all liability coverage includes this important feature.

EPLI coverage includes wrongful termination protection for employers. This allows you to file a claim to cover the cost of legal defense anytime you are sued for wrongful termination. This insurance would also pay claims if you should lose your case.

What is wrongful termination?

Keep in mind, the better you document your reasons for terminating an employee, the less likely you are to face wrongful termination claims. Some ways to avoid this include:

Oftentimes, wrongful termination claims are simply retaliatory but having EPLI coverage can make good financial sense for those unexpected claims.