Your Quote Form has been sent successfully. Close this notice.
6 months ago · by Erin Carlson · 0 comments 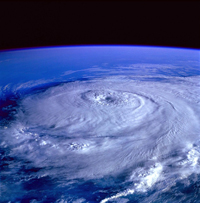 In legal terms, an act of God isn’t, in fact, a religious experience. Well, that’s not to say that an act of God couldn’t be a religious experience, it’s just that that’s not inherent in the legal definition of the term. An act of God essentially comes down to the unforeseen and the unpreventable. You can reduce the likelihood of accidents on the job site by making sure that you don’t allow any drinking, fighting or general carelessness on site, you can reduce the likelihood of accidents on the road through proper auto maintenance, but you can’t prevent a flood or an earthquake no matter how many safety courses you attend.

Acts of God will exempt a party from strict liability and from negligence in common law. Many building contracts have a provision allowing for acts of God to excuse unexpected delays in a project’s completion. However, damages and delays owing to a natural disaster may be disputed as acts of God in some circumstance.

The key word is “unforeseeable.” If someone falls off of a scaffolding and spends the next four weeks in a cast because of an earthquake, then that will usually be chalked up to an act of God. If they saw a storm coming in, decided to keep working, and then got struck by lightning, then the “act of God” claim may be contested.

“Act of God” is sort of a liability free-pass card, exempting you from responsibility for things that you couldn’t possibly have predicted. There are a few steps that you can take to ensure that there is no gray area, no room for doubt when you need to lean on this legal term:

An act of God can be a godsend when it comes to liability, but things have to line up correctly.