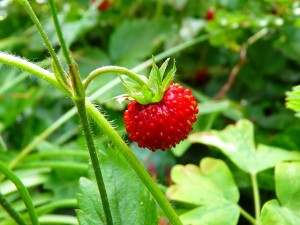 That’s according to “Sustaining California Communities,” an economic report released Tuesday by the California Strawberry Commission.

The report comes as the harvest of Santa Cruz County’s premier crop begins. More than 240,000 pounds were picked in the Watsonville-Salinas region during the week that ended March 15.

“We want people to understand it’s not just the farmers and their crews out there,” said commission spokeswoman Carolyn O’Donnell. “The community is important to farmers, and farmers also realize it’s important how they integrate with the community.”

Nearly 90 percent of U.S.-grown strawberries come from California. Watsonville-Salinas is the top producer among the state’s four strawberry regions, accounting for 47 percent of the total harvest of nearly 1.8 billion pounds in 2013, according to commission statistics.

The industry spends about $2 billion on wages, equipment and supplies, land and taxes, the report says. It generates another $1.4 billion indirectly through, for example, the restaurants and grocery stores that cater to agricultural workers and the police and teachers funded by the estimated $108 million the industry pays in taxes.

And it’s not just the berry-producing counties on the Central Coast and Southern California. Nurseries in the northern part of the state produce 2 billion plants for transplant in the strawberry fields.

The industry is labor-intensive, requiring a large pool of workers to handpick berries. But mechanics, researchers, educators and forklift drivers are among the thousands who work in berry-related jobs.

The report doesn’t assess costs associated with the industry, such as subsidized housing for low-wage workers. O’Donnell said that would require a more comprehensive and expensive report. But she pointed to the industry’s charitable giving. The report notes as an example, the $2 million in scholarships awarded by the commission to the children of farmworkers since 1994.