Supreme Court: Employee’s complaint about employer doesn’t have to be written 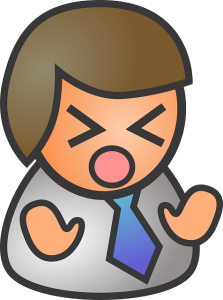 The federal Fair Labor Standards Act forbids an employer from firing a worker because he filed a complaint accusing the employer of violating the law. It doesn’t say whether the employee’s complaint must be in writing. What if the worker complains verbally but never makes a written complaint? Does the FSLA’s prohibition against firing him still apply? That was the question the U.S. Supreme Court faced in a case it decided in March 2011.

Kevin Kasten, following the instructions in the employee handbook, told his supervisor that the location of the company’s time clocks might be illegal because it prevented workers from getting credit for the time they spent putting on and removing their protective work gear. (The FSLA requires employers to pay workers for this time.) Getting no response from his supervisor, he also complained to human resources staff and told them that he was contemplating a lawsuit. Eventually, the employer fired him. He claimed that he was fired for complaining about the location of the time clock; the company said it was because he repeatedly failed to punch in and out on the clock despite several warnings.

Kasten sued the company for illegal retaliation. The trial and appellate courts, while accepting his version of what happened, ruled in favor of the employer. The FSLA, they said, requires employees to make written complaints to their employers about possible violations, but Kasten made all his complaints verbally. Kasten appealed to the U.S. Supreme Court, which ruled in his favor.

Writing for the six-justice majority, Justice Stephen Breyer said, ” … (A)n interpretation that limited the provision’s coverage to written complaints would undermine the (FLSA’s) basic objectives … Why would Congress want to limit the enforcement scheme’s effectiveness by inhibiting use of the Act’s complaint procedure by those who would find it difficult to reduce their complaints to writing, particularly illiterate, less educated or overworked workers?” He also noted that the federal Department of Labor has for decades held that the law’s requirements include oral complaints, even going so far as to set up hotlines for employees to make complaints.

Moreover, Breyer pointed out that other laws, regulations and court decisions have used the word “filed” in connection with oral complaints. He particularly noted that court decisions at the time Congress enacted the FLSA used “filed” with oral complaints. “Filings may more often be made in writing … But we are interested in the filing of ‘any complaint.’ So even if the word ‘filed,’ considered alone, might suggest a narrow interpretation limited to writings, the phrase ‘any complaint’ suggests a broad interpretation that would include an oral complaint.”

Justices Antonin Scalia and Clarence Thomas disagreed (Justice Elena Kagan recused herself from the case). In a dissenting opinion, Scalia argued that the FSLA forbids discrimination against a worker if that worker has filed a complaint with a government agency. He pointed out that every other use of the word “complaint” in the FSLA refers to an official filing with a government entity. Further, he said that the phrase “filing any complaint” appears alongside other activities that involve interaction with a government entity. Because Kasten complained only to his employer and not to a government agency, Scalia said, he was not protected by the law’s anti-retaliation provisions.

The dissents notwithstanding, employers should be aware that this decision protects workers from retaliation for making oral complaints to their employers. Businesses should create and implement policies stating that employees who make such complaints will not suffer retaliation. Since Employment Practices Liability insurance policies cover employers for retaliation claims, insurance companies will expect employers to take steps to make these claims less likely.