Who’s watching the games this weekend? 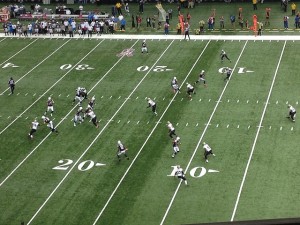 This weekend we will crown the 2013 AFC and NCF champions and then the two teams will go head to head on February 2nd at MetLife Stadium in New Jersey to become the coveted 2013 Superbowl Champions.

The Showdown for the NFC:  49ers v. Seahawks

Once again we find the 49ers back in the running to the NFC championship and quite possibly the Superbowl.  Jim Harbaugh joined the 49ers in 2011 after winning the Orange Bowl.  That year was an anticipated rebuilding year with not much expected.  However, Jim brought the 49ers to a 13-3 season winning the NFC West division.   In the 2012 season, Jim took a chance and replaced starter Alex Smith with the backup quarterback, Colin Kaepernick.   Kaepernick proved to be a more powerful asset as a starter than as a backup.  The 49ers won the NFC championship and went on to the Superbowl.

Pete Carroll has developed the Seahawks into a formidable football machine.  Pete joined the Seahawks in 2010 coming from the head coaching job at USC.  Pete also took the reigns of becoming the Seahawks executive vice president of football operations at the same time.  In the first year of Carroll’s leadership, the Seahawks struggled, however still managing to become the first 7-9 team to win the division title by beating the Rams.  In 2011, the Seahawks had the same 7-9 stats but lost to division rival, 49ers and did not make it into the playoffs.  In 2012, the Seahawks’s turned things around with a 11-5 record in the regular season.  Seattle lost to the Falcons in the 2012 playoffs.

The Showdown for the AFC:  Broncos v. Patriots

The Denver Broncos started this season with a 9-0 record.  Peyton Manning is playing his best this year coming after 4 neck surgeries and having to relearn how to throw the ball.  The Broncos this year are 13-3 in the regular season.  With great ease in the first three quarters in the game against the Chargers, they seemed to have the game in the bag.  The Chargers came back, but the Broncos held on tight to win the game.  Manning brought the Broncos to the playoffs in 2012, however lost to the Baltimore Ravens in double overtime.

Tom Brady and the Pats are no stranger to the playoffs.  The Pats have been in the playoffs every year since 2009 and winning the AFC in 2011.  Being 12-4 in the regular season, the Pats have been a formidable force in the AFC.  The Pats won by a field goal when the Broncos met them at Gillette Stadium in November.  This time the Pats are heading to Mile High Stadium where the Broncos have home field advantage.

Any rivalry game is going to be an exciting game.  These two are no exception.  Carroll vs. Harbaugh and Manning vs. Brady.

The NFC championship game will be marked with a formidable rivalry that will prove to be an exciting game.   The Seahawks will have home advantage but will that be enough to beat the 49ers who have beaten the Seahawks in the regular season?

The Pats narrowly won the game against the Broncos in the regular season and with home field advantage.  Manning is playing his best, and he is ready to win.  One thing is for sure, both teams are eager for another shot at the Superbowl.

To top it off both home team stadiums have limited ticket sales to the surrounding areas.  Sorry, 49er and Patriots fans, you’ll have to cheer your team on from your home.