Your Quote Form has been sent successfully. Close this notice.
1 year ago · by Erin Carlson · 0 comments 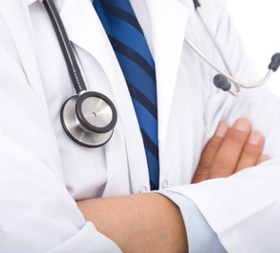 Epilepsy is a disease that affects 2.3 million adults and approximately 467,711 children in the U.S. In the epileptic’s brain, certain nerve cells send out erratic signals that cause the person’s body to seize for a few seconds or a few minutes. Whether or not you know someone with epilepsy, November is National Epilepsy Month and a good time to learn seven facts about this condition.

Doctors can’t identify the cause of almost two-thirds of known epilepsy cases. However, genetics often plays a role. Other causes include oxygen deprivation during childbirth, stroke and brain infections, traumas, injuries or tumors.

2. How is Epilepsy Diagnosed?

Doctors review a patient’s medical history and examine the results of a full neurological exam, EEG and CT or MRI.

3. What Epilepsy Treatments are Available?

Most insurance pays for medication that controls many epileptic seizures. Doctors prescribe specific medications based on the seizures’ type, severity and frequency. Patients may also benefit from brain surgery, nerve stimulation and a ketogenic diet that’s high in fat and low in carbs.

4. How Many Types of Seizures are There?

5. Can an Observer Tell When Someone is Experiencing a Seizure?

Petit mal seizures are small and the sufferer will only blink fast or stare into space for a few seconds. Complex partial seizures cause a person to be confused, dazed and unable to respond for several minutes. A person, who falls down, loses consciousness or experiences muscle jerks is experiencing grand mal seizures.

6. How Can You Help Someone During a Seizure?

If you see someone having a seizure, don’t restrain the person. Loosen his or her shirt collar, and remove nearby sharp objects. Roll the person to his or her side after the seizure ends, and remain close by.

Fortunately, many epileptic people live full lives. Patients who die often suffer other health conditions like strokes or tumors or suffer fatal injuries during a seizure. Prolonged seizures or suddenly stopping medication can also cause death.

Have these facts taught you something new about epilepsy? Learn as much as you can during National Epilepsy Month and be prepared to assist the epileptics you know.