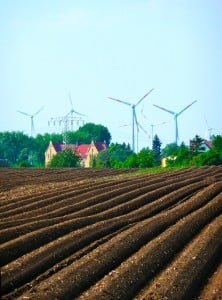 U.S. farmers last week finalized their crop insurance plans for spring planting with critics of the government-subsidized program saying insurers are set up for a bonanza after passage of the new five-year farm bill last month.

Farmers who sign up for crop insurance by March 15 won’t, in fact, enjoy the enhanced subsidies of the new federal law, which go into effect with the 2015 crop year. But grain farmers in 2014 will still see up to two-thirds of their insurance premiums paid for by the government. Private insurance companies will also still benefit from the government as their “reinsurer,” an arrangement critics say limits their losses while boosting underwriting gains. With the new farm bill, the government’s largesse gets even bigger next year. “I think taxpayers lost on that farm bill for sure. There was lots of money that could have been saved to reduce the deficit, but they chose not to,” said Bruce Babcock, an agricultural economist at Iowa State University who has studied crop insurance for more than a decade. “The industry lobbies heavily,” Babcock told Reuters. “It’s just rub my back, I’ll rub yours.” A new farm bill was held up for more than a year by wrangling over cuts in food stamps and subsidized programs for the poor. Backers also touted cuts in direct payments to farmers estimated by the Congressional Budget Office (CBO) at $40 billion over 10 years. But 80 percent of those savings—some $33 billion, according to CBO data—reappear in the new farm bill as “enhanced” crop insurance, reformers say. “The crop insurance program survived essentially unscathed in this farm bill,” said Craig Cox of the Environmental Working Group, which sees U.S. farm policies as wasteful to taxpayers. “This was the first farm bill where there was a lot of attention paid to trying to reform the crop insurance program. None of those reforms made it into the final bill.” Crop insurers, on the other hand, praised the new law. “For the taxpayer, it eliminated direct payments and reduced some of the price support policies of the past in favor of expanding crop insurance, which is purchased by farmers on an individual basis,” David Graves, president of the American Crop Insurance Association, said in a written response to questions. “For crop insurance companies, the farm bill underscored the fact that crop insurance is the top risk management tool for America’s farmers and ranchers.” Read the entire article here.