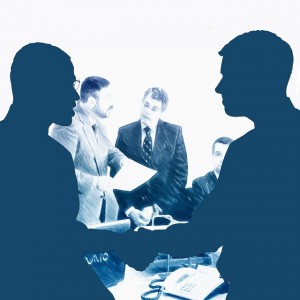 Norma is an assistant manager at a video store. After feeling very sick for a couple of days, she goes to the doctor and is diagnosed with strep throat. Since her employer provides sick time benefits, she calls the store manager and tells him she cannot work that day. He dismisses her illness as “just a sore throat” and orders her to report for work. She complies, but the strep infection takes most of a week to go away because she could not rest. On the third day, she calls in sick again, despite the manager’s obvious displeasure. Six weeks later, the manager terminates her employment, citing declining sales as the reason. Norma believes otherwise and files a complaint with the U.S. Equal Employment Opportunity Commission.

Since the great recession began in late 2007, complaints like this have become common. The EEOC reported that it received almost 100,000 job bias complaints in 2010, a new record. More than a third of them were from employees who felt their employers retaliated against them; another third were race discrimination claims. Why is this happening? Employment law experts believe the recession has a lot to do with it, as dismissed employees have had trouble finding new jobs. They also believe the EEOC has stepped up enforcement of anti-discrimination laws. However, they also point to internal problems with employers.

Some employers might perform only those activities that they believe will give them an effective legal defense should an employee sue. They write anti-discrimination and anti-retaliation policies into their employee handbooks, make supervisors attend training once a year, and then call it a day. However, these things by themselves might not be effective. Policies do no good if managers do not enforce them. Training that does not address trends such as discrimination and retaliation complaints will not stop them from happening. In addition, if managers do not monitor whether this training changes supervisors’ behavior, supervisors might conclude that the company is not serious about it.

Employment Practices Liability insurance covers an employer’s legal liability for wrongful acts against employees, including discrimination and retaliation. Insurance underwriters will look at an employer’s policies and training practices, but they will also consider its claim history. Underwriters will be wary of insuring employers with a record of frequent complaints against them. If they offer coverage at all, they will charge higher premiums to account for the perceived higher risk.

To prevent claims and keep insurance premiums low, employers should consider these measures:

Experts say that recessions always breed increased discrimination complaints against employers. However, that does not have to be the case with every employer. Effective training costs money, but that cost is far less than the cost of insurance deductibles, higher premiums, demoralized workforces, and damaged reputations. Discrimination and retaliation claims hurt a business’s bottom line. Preventing them makes both economic and moral sense.