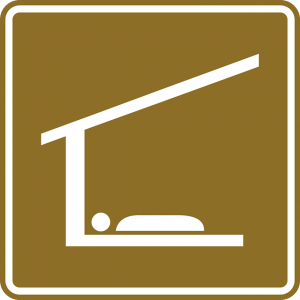 The City Council approved conversion of the former Baker Brothers furniture store on Brennan Street into a rehabilitation center and 94-bed shelter for women and children.

“I live next door to a Teen Challenge facility, and they’ve been nothing but good neighbors,” said Councilman Daniel Dodge, joining a 6-1 majority in the approval.

With a school, strip mall, offices and homes, the neighborhood is a congested area with an existing parking problem that would be made worse by the shelter, Walsh said.

Several neighbors agreed, including a woman who said parking is so tight, people leave their cars in her driveway.

The project, which only identifies 18 parking spaces for its use, doesn’t meet city regulations that mandate at least 36, and possibly as many as 55, he said.

Officials can’t ignore the rules just because the project may offer a beneficial service.

“This is not about challenging Teen Challenge. I’m sure they are a wonderful organization and helping people,” Walsh said. “The Planning Commission simply can’t ignore city regulations dealing with parking.”

But planner Keith Boyle said city regulations do allow parking requirements to be cut in half if the building is used for transitional housing.

Boyle also said the city only has a chance to weigh in because the use departs from commercial zoning. If a more intensive retail business moved into the building, the city would not be able to stop it.

“From our perspective, this is one of the better opportunities not to impact neighbors,” Boyle said.

He said the nonprofit has operated similar facilities in Watsonville for 27 years without problems, and it is providing vital services to a vulnerable population.

Borden also said the facility would not need much parking in any case. Residents involved in the rehabilitation program are not allowed to have cars, and shelter guests don’t typically have the finances to own vehicles.

“The best way to see if we are going to have a negative impact is to look at our record,” Borden said. “We’re very careful and concerned about our public image, and we are a contributing member to this city and to this county.”

Councilwoman Nancy Bilicich, citing concern over possible litigation, wanted to resolve issues before the project moved forward. She voted no.