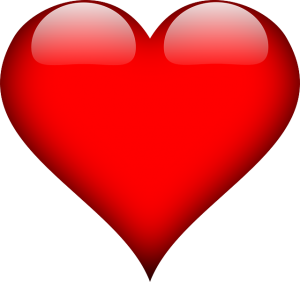 Watsonville >> The Monte Vista Christian School performing arts department is putting on a Disney-themed concert to raise the spirits of children with cancer as well as funds for Jacob’s Heart.

The Watsonville-based private school’s show Friday at the Mello Center for the Performing Arts, 250 E. Beach St. in Watsonville, will feature a number of songs from the Disney repertoire with a strong focus on the latest animated movie, “Frozen.” Proceeds from the concert will go to Jacob’s Heart, the Watsonville-based nonprofit that helps children with cancer and their families.

“Since the concern is basically for the children (at Jacob’s Heart), we’re going to make it a Disney-themed concert,” said Tony Dehner, director of vocal arts at Monte Vista.

It’s the first time Monte Vista has organized a concert fundraiser, according to Dehner. The idea was sparked from a conversation Dehner had with Watsonville Police Chief Manny Solano. The two spoke at a dinner event in November to celebrate Solano’s 18-year-old son, who attends Monte Vista and sings in the school’s choir, making it into the California regional honor choir.

“We’re Facebook buddies so he had been following the various stories through my wife’s posting of my updates,” Solano said, referencing his own battle with cancer. Solano publicly revealed his cancer diagnosis in August and took a three-month leave of absence from the police department to focus on treatment.

During the conversation, Solano talked about his cancer battle and Jacob’s Heart, which Solano has been a strong advocate and supporter of, came up in the discussion. Eventually Dehner suggested a fundraiser for the nonprofit and, soon, the concert was conceived.

“It’s just been a great opportunity to bring people together,” Solano said.

Though the school hosts a spring concert each year, it has traditionally taken place at the high school’s auditorium. The decision to change venues to the Mello Center was prompted in part because of the expected number of attendees.

The concert will feature two sections. The first half will focus on popular and classic songs and a second half will focus on Disney songs. Songs from “The Lord of the Rings” and “The Hobbit” movies are in the first part of the program as well as a song by Led Zeppelin. The Disney portion of the show will feature 20 characters from the franchise, all in costume, Dehner said.

“I’m pretty sure we’re going to sell out,” he said.

Children from Jacob’s Heart and their families are expected to attend the show, free of charge, Dehner said.

About 170 Monte Vista students will take part in the performance, including three choirs, the vocal ensemble, the jazz band, the orchestra, the high school band, the dance team and the handbell choir.

“The guests will be treated to really quality and incredible music and singing that is right here in our own backyard,” Solano said.